WE ARE ALL LINKED BY NATURE.
HUMANS, ANIMALS & ENVIRONMENT
FORM A SINGLE ENTITY.
WITHIN DÔMES PHARMA GROUP,
ALL OUR BRANDS ARE LINKED BY THE SAME VISION,
THE SAME MISSION.
ONE PLANET, ONE HEALTH.
OUR BUSINESS.

Europhartech is a corporation owned by DÔMES PHARMA, an independent family-owned holding company present since 1947 in the #Pharmaceutical Industry and represents some 360 employees spread over 5 locations in France and United Kingdom.

The group, whose business ranges from R&D to commercialization, makes € 80 million of consolidated revenues. In addition to Europhartech, it consists of four subsidiaries and owns leading brands well known to the general public: TVM, Biocanina®, Aspivenin®, Wanimo.com.

From the beginning, goal and ambition of our Group is the health and well-being of animals but also that of humans and interactions between them. This ambition is supported by core values, a family heritage that the Group has always preserved:

Leader on the French market and a major player veterinary ophthalmology neurology (tvm.fr) 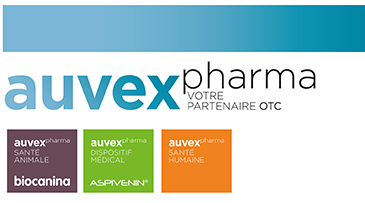 Wanimo.com: French expert of Internet distribution of products and services for pets (www.wanimo.com)